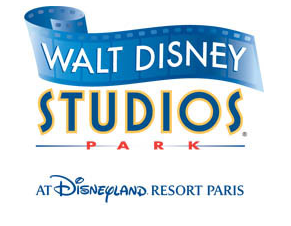 In this lot you will discover the secrets of Disney animation. You can marvel at the work of the master animators who gave the 20th Century some of its greatest animated characters.

The main attractions in the toon lot included The Toy Story Playland where you are invited to shrink to the size of a toy and explore the three larger than life rides RC Racer, Slinky Dog Zig Zag Spin and the Toy Soldiers Parachute drop. Crush Coaster where you explore beautiful coral reefs, a submarine wreck in the ocean deep and meet vegetarian sharks Bruce, Chum and Anchor for the Disney film Finding Nemo. Join the race for route 66 in the Cars rally race. Let Donald take you on a magical journey through Disney history in Animagique, also take a ride on the Flying Carpets over Agrabah inspired by Aladdin and finally try your own hand at animation in the Art of Animation.

This area is full on action and adventure with thrills and spills round every corner.

Backlot has three main attractions which are Rock and Roller Coaster starring Aerosmith which blasts you into an adrenaline full coaster ride. The Stunt Show Spectacular with has more stunts than you could ever dream of, this is an exciting live action stunt show, which also demonstrates how stunts are performed and filmed. A finally the Armageddon Special Effects which you are taken inside a space craft's control room and you are  bombarded by rocks from an asteroid the size of Texas.

Marvel at this tribute to the best of Tinsel Town. You're on-set at Disney Studio 1 for the shooting of a motion picture production. Props, sets and famous façades surround you and it's your moment to shine.

With film sets, costumes, filming you will get a incite to the world of TV and Cinema.

Attractions in the Production Courtyard include Stitch Live let you get involved in the interactive alien encounter that will leave you in stitches. Come face to face with your fears in the once glamorous, now eerie and abandoned Hollywood Tower Hotel. Dare to plunge 13 floors into the recesses of The Twilight Zone Tower of Terror. Smaller fans get their chance to jump for joy when their Playhouse Disney Channel best friends bring the giant storybook stage to life at Playhouse Disney. At Cine Magic you can soar from one great classic movie scene to the next. The Studio Tram Tour lets you be literally thrown into the centre of the action.

Walt Disney Studios® Park is open 365 days of the year and opening time may vary from season to season.


For times and locations to meet the characters the Disney parades please see information boards in park.